Many apologies to those of you who were looking forward to seeing us rock out at Westfield ice rink this afternoon.

We received the following automated email from Westfield yesterday cancelling the gig. It’s difficult for me to say how disappointed we were to get this message and to let you guys down. We booked the gig two months ago and it was confirmed by email in good faith. 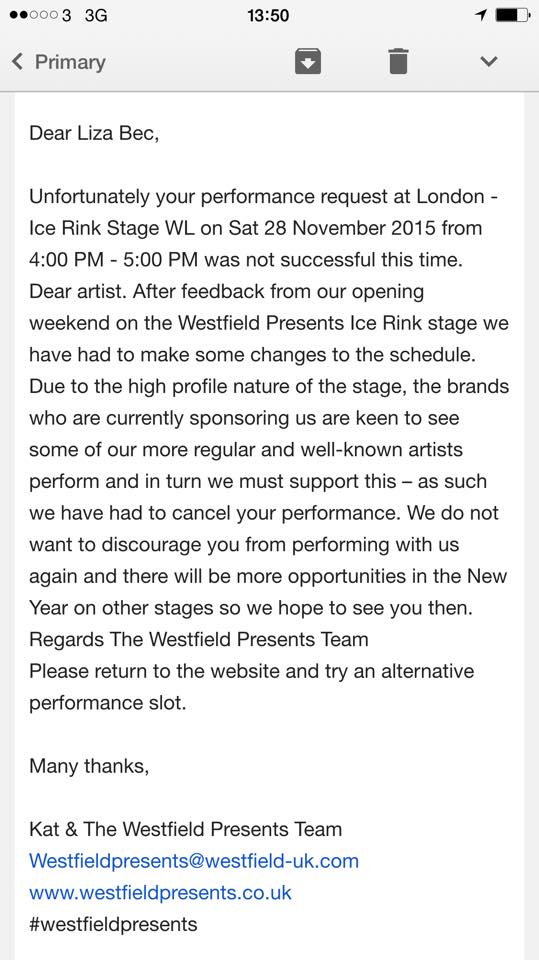 As a result we have now cancelled the December gig too, as we don’t want to let you down again.

As unsigned musicians we face a battle to get ourselves heard and that’s why we took this gig in the full knowledge that it wasn’t paid and we weren’t allowed to sell merchandise. We were hoping to reach a wider audience. Instead we have been forced to let people down. Dave has lost money from turning down two paid gigs he was offered for this weekend. And we haven’t even received a phone call or personal apology from Westfield. As far as they know, we could still be planning to turn up.

With love from Liza and all at Bordello Rose xx